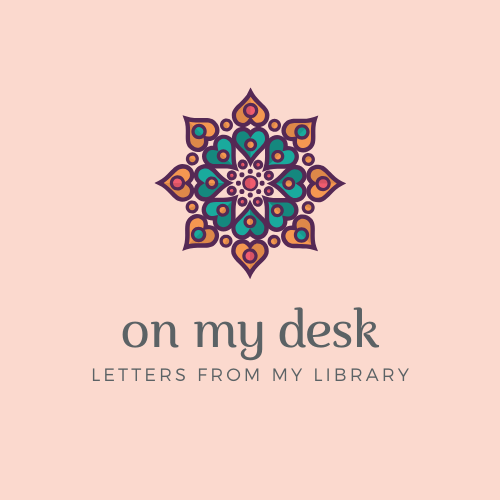 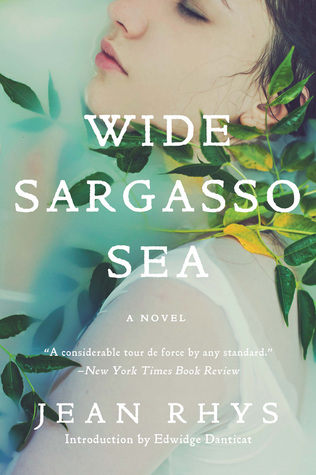 An immediate classic. So incredibly fresh and vivid despite the years between us. I never did like Mr. Rochester (in Jane Eyre) growing up and this book does not redeem him. Rhys has created a backstory for the madwoman in the attic, who only appeared in brief glimpses in Eyre. Yet, the novel very much stands on its own, almost cannibalizing the original with its ferocious exploration of the Creoles in the Carribean. It’s not a retelling, but instead a creative translation across tropics, temporalities, and epistemologies — of a white woman growing up in Jamaica during the time of the British Empire. How does Antoinette become Bertha, locked up in the attic? The chambers of your mind will never be quiet while reading this. 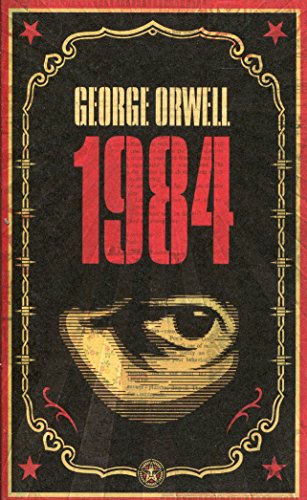 Can’t believe it took me 4087823 years to read this classic. This is one book that has seeped into our collective consciousness and been normalized — we think of Big Brother when we articulate surveillance; we think of Room 101 when we describe a torture chamber, we now think thoughtcrime as not very surprising at all (politically unorthodox thoughts). The recent past, and even pockets of the present, is in a sense ‘Orwellian’. The policing of thought, interestingly, is tied to the policing of desire — of sex, of the body, of love. The subsuming of love and reproduction under the socialist agape of the state abhors us instinctively. Yet, Winston and Julia’s supposed ‘love story’ is never quite about love. It’s a temporary digression in desire that is rectified. The stark, satirical ending is a diagnosis of dictatorships — every authoritarian regime has power, but they want it to be bolstered by authority (which has to be gained). Even when totally secure of power, there is that eternal fragility and insecurity towards achieving ‘one body, one nation, one mind’ and the constant use of the language of ‘for the people’. At least, 1984 strips its authoritarian regime bare of any pretension or instinct for amelioration — the contradictions are there for all too see. Elsewhere, in real life, the masquerade goes on.

WAR IS PEACE. FREEDOM IS SLAVERY. IGNORANCE IS STRENGTH. 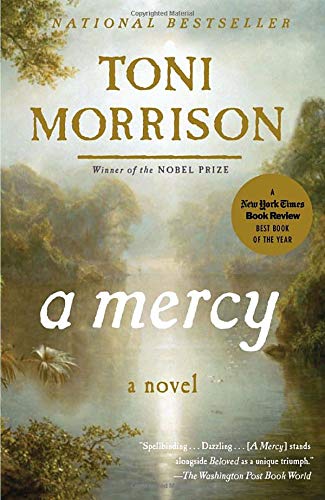 A powerful story of suffering — as bond or bondage? — and wilderness, told through Florens, a young black girl enslaved in the early years of European settlement in America — 1682 when “Virginia was still a mess.”

The criticism of the capitalist apparatus of slavery is subtle but impossible to ignore.

There was a profound difference between the intimacy of slave bodies at [Ortega’s plantation] and a remote labour force in Barbados. Right? Right, he thought, looking at a sky vulgar with stars.

The Puritan task of an errand into wilderness also takes shape through the stories of the women, each struggling to keep their internal wilderness restrained. But I’m left thinking, what is ‘wilderness’ in the first place? It’s nature and what was there before. Or is it very much a colonial construction, an attempt at legibility, of rhetorical erasure to justify their settlement (it’s raw, it’s clean, it’s up for grabs!), a patriarchal way of control and of domestication? 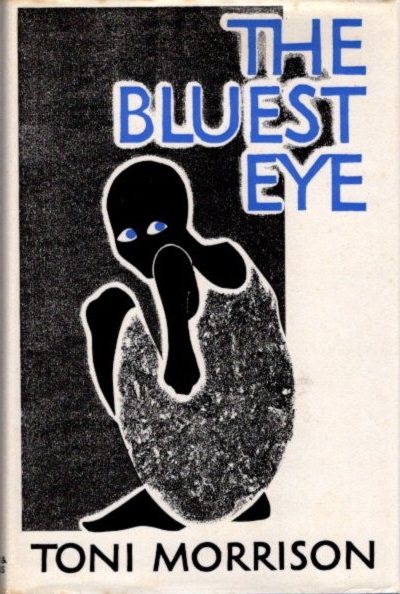 Painful to read. In the first few pages, Morrison tells you the entire story. And yet, we cannot help but read on, driven by the urgency and rawness of her language. It’s about a little black girl who just desperately, fervently wanted blue eyes. The desire is a sign of an internalized inability to recognize her own personhood, worth, and beauty. One thinks of racism in quiet, insidious ways: reifying the violence of the normative subject in the West (Pecola is “the good subject”). But also in terrifying ways: the cosmology of whiteness is still ever-present — I wonder if the pursuit of certain beauty standards reflects that even for myself. We could call it, as Profé Carrasco does, the cosmological conviction of racism:

You looked at them and wondered why they were so ugly; you looked closely and could not find the source. Then you realized that it came from conviction, their conviction. It was as though some mysterious all-knowing master had given each one a cloak of ugliness to wear, and they had each accepted it without question. The master had said, ‘You are ugly people.’ They had looked about themselves and saw nothing to contradict the statement; saw, in fact, support for it leaning at them from every billboard, every movie, every glance. ‘Yes,’ they had said. ‘You are right.’ And they took the ugliness in their hands, threw it as a mantle over them, and went about the world with it.” 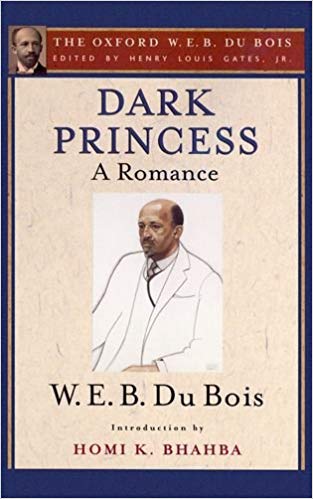 Part romance, part quest, Dark Princess is unlike anything else I’ve read. At times allegorical, often a blending of genres, it meshes sharp critique of local politics (flushed by money), of racism, and most piercingly, of the color line within the color line: peoples who are oppressed, or even with the same oppressor, will not understand their oppression in the same way. How do you form an ethical community of resistance across faultlines (class, cultural, racial)? What does it mean to construct international solidarity when there is an uneven experience of violence? Even now, the chasm exists: the cosmopolitan elite seeking to liberate the masses despite widening gulfs. 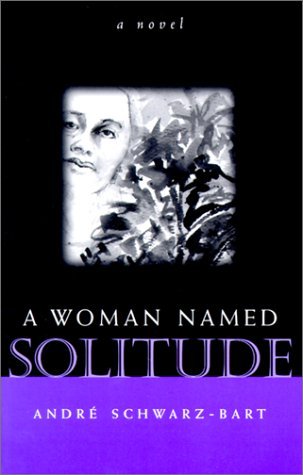 A Woman Named Solitude reads like part magical realism, part fairytale, part oral tradition. Yet, every once so often, historical dates and figures rupture the poetic shimmer of the language and we are reminded: all that we are reading — atrocities, revolts, humans treated like cattle, the cosmological upending of an entire continent’s lives — is in fact reality, or truth. The novel starts with “Once upon a time, on a strange planet, there was a little black girl named Bayangumay” (1). While the reference to “the ruins of the Warsaw ghetto” on the last page of the epilogue subtly ties two human holocausts together, Schwarz-Bart does it so much more sparingly and movingly than Philips.

The narrative distance (a detachment that’s no less passionate) brings a certain universality and oneness of human suffering to the story of Bayangumay and later, Rosalie who will metamorphose into Solitude. As Sarah De Mul terms it, the “forgotten holocausts” of the world in the case of this novel zoom into the brief span of years when the Africans enslaved in the Carribean vacillated between freedom and return to slavery, under the political machinations and Anglo-French rivalry of the metropole.

Caught between her yellow body and her black heart, Solitude is not just one “whose nation no longer exists, whose village has been destroyed and whose ancestors are dead” (64), but also one who loses her mother at a young age, abandoned with a yearning for Africa and Man Bobette’s secret. That Rosalie grows into Solitude, with her soulless eyes and her laughter is a soft yet powerful resistance. Her laugh — alongside the guttural laughs of other women, from her mother to the Congo woman Euphrosine — unsettles. In a land of “lies” (81) and “madness” (77), ruled by white men and (to a less extent) women, the unsettling nature of laughter represents a particular discursive contract that subverts — a moment of irrational recognition, rehearsed unexpectedness; it brings to mind Freud’s theory on jokes and their relation to the unconscious. In the face of such violence, Solitude mows over white men — surprised at the blood on her own hands — but ultimately, in the face of death, can only laugh. 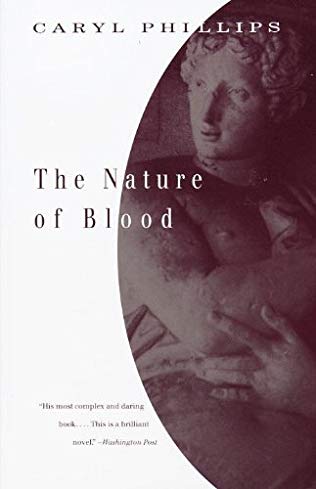 The Nature of Blood, Carl Phillips

The many different strands of The Nature of Blood reminds me of what Mexican writer Carlos Fuentes called ‘multinarratives’ in a multiracial and polycultural universe and also one particular mode of Friedman’s three juxtapositional comparisons: collage. Stephen, Eva, Othello, the Jews of Portobuffole, and Malka’s stories are put side by side, each in its own distinctive context, but read together for their in/commensurability. The form of the novel itself refrains from the prescriptive and the didactic. Instead, the collage of narratives across time and space presented to us puts the autonomy in the hands of the reader. What rises to the surface when we see things side by side, whether we choose to make that comparison ourselves, and what constellations/collisions we end up holding in our hands is ours. The novel is suggestive.

What I really liked about the novel is its almost palimpsestic nature of time, which reflects the traumatic nature of remembering, of repetition, of unknowability. The narrative time frame defamiliarizes known stories (I, for one, didn’t realize that Anne Frank’s Diary of a Young Girl was an intertextual piece) — for instance, Othello remains nameless throughout, and his own observations of Venice (full of “enchanting promises” as well as “betrayal”) flesh out his diasporic subjectivity which fleshes out all the invisible and unsaid blanks within Shakespeare’s play. Othello’s inability to see the parallels between him and the Jews living in the ghetto is made all the more stark given the coeval story of the Jews of Portobuffole happening in Venice. Similarly, I found myself spotting the ironic, painful symmetry in Malka and Eva’s experiences — the feelings of being dehumanized into animals (“monkey-people” for Eva; “cattle” for Malka); their flashes of first-person confession that drowns amidst their silencing within the larger society.

In their respective experiences of dislocation, trauma, dehumanization, and othering, there is sameness in their difference, and difference in their sameness.

Have you read any of these books? What are your thoughts? Do you like this new feature? ٩◔‿◔۶