Roiling waves of the river flow,
Rippling tides sieve out heroes,
Wins and losses now hollow.
The earth lies here still,
Many sunsets come and go.
A snowy-haired elder perches by,
Seasons ebbing in his eyes.
History’s many tales
All washed down with wine,
Drowning in laughter with old friends.

The huge stone engraving sits in a courtyard of the Wuhou Temple, carrying the opening verse of Romance of the Three Kingdoms.

Chengdu. Centuries ago, once the Kingdom of Shu. The Temple memorializes Zhuge Liang, who ought to have been forgotten by time — only a prime minister of a kingdom that lasted 43 years, dating back to close to two millennia ago; not to mention, China was split into three — no one could call himself emperor (帝), only king (王). Being neither king nor emperor, Zhuge Liang has posthumously found outsized fame. When I was a kid, my parents would say, Be as smart as Zhuge Liang. His is one of the first names that come to mind when one thinks of wisdom, strategy, or yin and yang (八卦). Ironically, in this temple named after him lies the tomb of Liu Bei — the King of Shu, who Zhuge Liang had served.

But why? Because of one book.

No one would remember Zhuge Liang, Cao Cao, Liu Bei, or Guan Yu, were it not for Romance of the Three Kingdoms (which, alongside Dream of the Red Chamber, Journey to the West, and Heroes of the Marshes, are deemed as China’s four great literary classics).

The temple is crowded with visitors. Every corridor, every statue, every inch of the bamboo-shrouded red walls are surrounded by bobbing heads and peering faces. Several of the famous generals whose statues loom are, in fact, fictional. So pervasive has been Three Kingdoms that legacies are invented and History reconstructed. Like everyone else chasing the words of the guide, my grandpa, my father, and I are devotees to a book that has grown larger than life — one that reigns over modern Chinese consciousness.

A Western pop cultural parallel that immediately comes to mind is Hamilton, which I caught this summer in New York. It celebrates history in the making and, in a musical spectacle, tears open the sinews of History to show us how it is written, construed, and remade. What captivated me most wasn’t those contemporary bits, but how it seemed that the audience was watching the arches and domes being constructed for a narrative-in-the-making. Letting the music wash over us was to partake in Hamilton‘s version of history; commemorating Zhuge Liang in a temple where a literary overture resides front and center is to blur the line between fiction and history.

You have no control who lives, who dies, who tells your story. 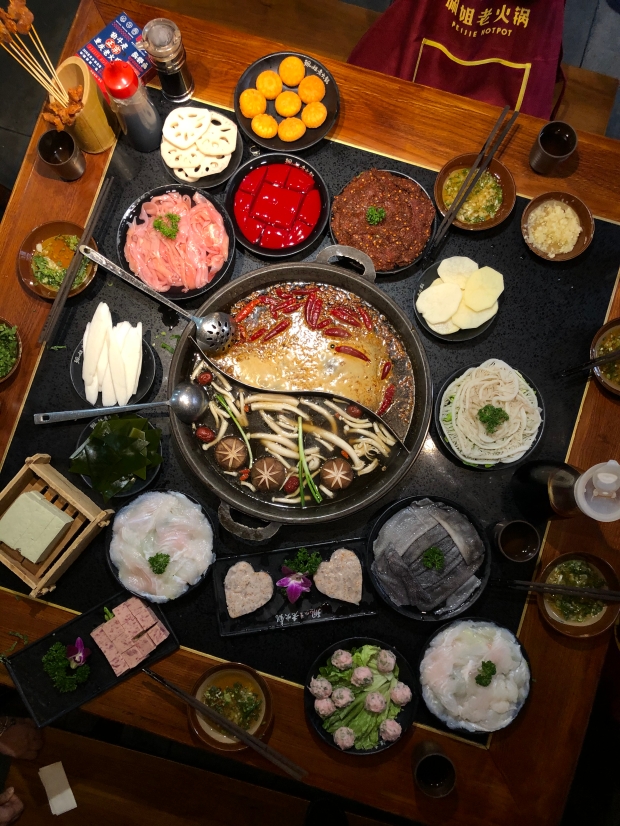 I draw a map of cities. I embraced the new year with fireworks in Taiwan, visited startups in Beijing and Shanghai, scaled the insides of a pyramid in Egypt, watched 9 Broadway shows in one New York summer, turned 21 in Los Angeles, crossed the deserts to Vegas, cried over a book in Halong Bay. The final days of the year are spent in a roundabout of cities — the frigid winds by the Yangtze River and the misty fog of Chongqing, laced with the smell of hotpot; in bamboo-shrouded temples and dirt mounds masquerading as kingly mausoleums; by moss-covered bridges and dusty ancestral shrines.

Despite milestones and numbers, 2019 does not strike me like a circle, or a period, or a threshold. I think of the year as a phase, a transition, a map of footprints, another collection of stories to catalog in the library of my life. I think of growth — uncomfortable, alienating, redemptive, then hopeful. I feel the surge of days, the flipping pages of years. I see the new decade open before me, first like a horizon, then like a ravine. The minutes tick like I’m standing at the edge of an unfurling abyss, on the precipice of the untold. My hair rustles in the face of time’s inexorable pull. A quiver, and we free fall into the roaring twenties.

Thank you, 2019, for your blessings, lessons, wonders, adventures, and growth. Thank you, God, for showing me life’s difficult questions and inspiring me with the faith and strength to shoulder them. ❤️❤️❤️