Author’s Note: Found this buried in my drafts from 2018. Just a random little story on the impressionistic, surreal flicker of a college encounter between a girl and a boy (and dogs). 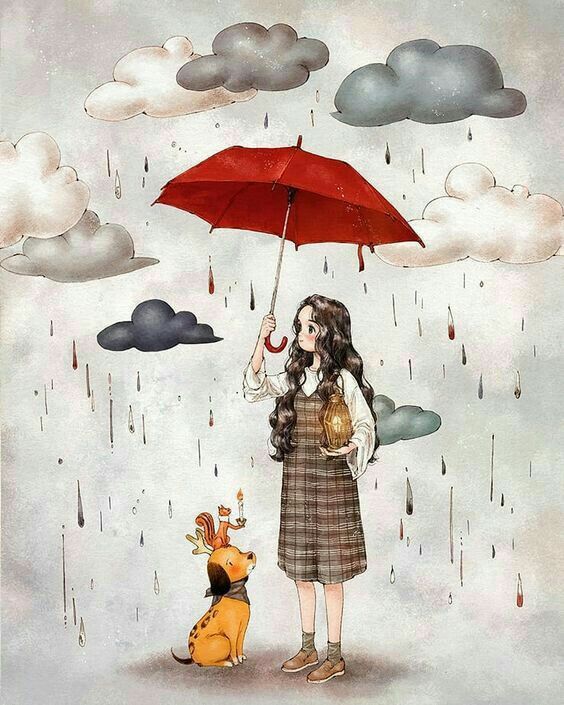 She met him in the dorm room with a slanted ceiling. It was a mixer of about fifty people, with a makeshift bar (a scruffy-looking bookshelf colonized by dark liquor swimming in bottles), the washed-out glow from two sentry-like lamps, a lack of ventilation that put to sleep the dogs in her mind (a quiet bubble in a sea of noise), and the bright red cups swirling on sweaty hands like neon atoms in the dark.

He had a forgettable but good-looking face and an open, sudden smile. She had glanced up and there he was, a flash of white teeth and unfamiliar eyes.

It felt like it could be the beginning of the Play, which she didn’t know if she wanted to be a part of. Because that was only one day after she thought she had inspected the dust particles gathering on the stage. It felt impossible that any performance would ever start. She didn’t dare to read the opening lines of a new script that she might have to once more figure out. She walked away, cloaked in the memories of gray carpets of non-beginnings, unlived possibilities, and almost-heartbreaks. Her mind yelped, but she told it: Shh.

When she saw his name on her phone the next morning, everything was too quiet. In the stillness, she tried to remember how he looked like. She could only draw up hollows and shadows and teeth and eyes, an outline of a feeling, something close to being airborne. The dimness had rubbed his person of the valleys and ridges.

Her fingers tap-danced across the screen. Then the phone made a tiny arc through the air, landing on the cushions. The paws in her mind lifted by a whisker and with the pull of gravity, fell.

She didn’t expect a conversation to develop out of that encounter under the slanted ceiling. But, she found herself replying, enveloped in the rhythm of what could be an opening act.

When she made her way towards the T station, three days after the first phone message, she almost thought she might not recognize him in the glaring expanse of broad daylight.

He was wearing a white shirt, and he watched her as she came to him.

He wanted to say something, but she — more alive, less withdrawn than in the dorm-room light, was now full of sharp edges and splatters of colors — started talking. No scripts, no audience, just two people, almost strangers, barely friends, drawing an emotional asymptote on an unknown plane.

So he listened, the boy inside him first raising an eyebrow and, as the night went on, her animated words were punctuated by an undeniable pounding in his ears, like the sound of small palms fervently clapping in an empty auditorium. As she talked, he was nodding, and slipping, and tumbling down into a hole, gaping open. It was exhilarating.

She said goodbye to him by a bookstore.

I talk too much, she said, almost helplessly. The And Yet hung in the air between them, like subtitles. Anecdotes poured out, so did the crinkled, dog-eared details she thought she had long forgotten, drab, insipid, self-indulgent, confessional, strange, inconsequential bits and pieces of the arc of her life. And yet he listened. And yet she felt listened to.

Plans were made, a stroke here, penciling a vector there, in the blank space and black lines, a promise of something. And then a lull.

She felt the brief touch of his hands on her lower back. The enfolding of arms. The barest of hugs.

As she walked back to her dorm, she tilted her head to grasp the cacophony of barks in her head. Oh, shut up, she said, but couldn’t stop smiling. Shut up. Shut up.

He didn’t text her for five days.

The dogs were wild. They blanketed everything.

When she saw his name on her phone after the gap, everything was too loud.

They stood close to each other like the first time, sat across from each other like the second, but she had the sense that everything was going terribly wrong. Somewhere between the crunched up movie ticket stub in her fist and the silences in the uber, between his distracted eyes and her reluctance to say anything, the tenor of this evening had changed.

They had not seen each other for merely a week, but it keenly felt like a meeting between two strangers. Strangers who knew too much about one another.

Tentatively, they tried to venture into unexplored terrains — Florence, childhoods, pasta — but each time they sought to erect a pole to build anew the tent that could house two souls, the earth turned to quicksand. So they kept scrambling, exerting force at All The Wrong Things, squinting in concentration, not meeting each others’ eyes, building a set like single-minded craftsmen, grasping at their shambling dignity and splintered ends.

The And Yet that had wafted over from the effulgent night a week ago, brimming over with everything said and yet so much unsaid, now crumbled into dust like moth wings between calloused fingers. She stared at him, and he stared at her.

He walked her back to her dorm. He responded to all her questions. He offered to pay for dinner. She laughed at all his jokes. She asked him one question after another. She allowed herself to be hugged. And Yet. And Yet. And Yet.

As she stood on the elevator, alone and watching the blinking lights move up each floor with a steady tick and a lurch, she felt she was leaving him on the ground as she went up higher and higher, back into a life without performance. All the memories of the three encounters were receding in the distance, he was becoming a speck, and the dogs nuzzled her solemn ego, her cool heart, her shredded script, and they were respectfully quiet in her mind in its moment of incredible stillness and clarity.

Lesson Number One:
There is a gap between the contours of Ideal Type and someone you can actually fall in love with.

And
Lesson Number Two:
There is a gap between being in Love and loving the idea of falling in Love.

She knows that nothing in life will last. But, she says a little prayer as she lulls the dogs to sleep: to look at a boy and feel the whole world fade. And then she too can fade into old age, into ashes, into oblivion. With a rose in her hair and the dogs sighing in content.

4 thoughts on “[Story] Dog Days Are Over”