At some point in your life, this statement will be true: Tomorrow you will lose everything forever.

How to Live Safely in a Science Fictional Universe, by Charles Yu

At the most random of moments, I consider my own mortality. One such instance was as I was seated in the cozy office of Professor Racha Kirakosian, which contained books so numerous that they seemed to be spewing out from the shelves with a life of their own. Half an hour ago, I had bumped into Carissa outside Lamont as she was on her way to see our Hum 10 seminar professor. I took it as a sign from the universe.

Just being in Prof Kirakosian’s office, in the presence of someone whose interests and expertise range from German to Religion to Medieval Studies to Game of Thrones, someone so winsomely at ease, witty, and genuinely passionate about life, I felt almost ashamed of my own fears—those that emerged with the onset of sophomore year, creeping like vines over my humanities-centric class schedule (the next blog post!), over the obstinate, inarticulable aspirations I harbor, and harnessing my vulnerability to the capitalist onslaught on campus, emblazoned in two words: Recruiting Season.

As a freshman, cocooned in the bubble of the Harvard Yard, my days were largely buffered by a sense of exhilaration and lethargy, the four years of college unfurling before me like an unending yellow brick road. As a sophomore, I am now suddenly catapulted from the periphery of real-world concerns to the precipice of worldly success outside of college gates: the moneyed prestige of Wall Street, the ascendancy of Silicon Valley, coupled with the irrational but still visceral fear of unemployment.

I can’t recall the conversation between Prof Kirakosian, Carissa, and me in complete specificity—I just remember laughing a lot, feeling at intervals, a sense of wonder and the budding certainty that life can work out in magical ways for those faithful to what they love. The professor confessed, after I hesitantly voiced my fears, that she never expected to be doing medieval studies or to be where she was today, but it was all about following her instincts at every stage in life.

I think about it sometimes, she said, the fact that we don’t live forever. I ask myself if I want to be doing this today if I were to die tomorrow.

There’s an army of people doing CS, she said, why force yourself to do that?

I see you as someone constantly reinventing yourself, she said.

In that small room almost suspended outside of time, like being in an interstitial space between two selves coming of age, with the soft afternoon sun seeping in like egg yolk, I felt many things crack open over my head—the purpose of our individual humanity, the power of instincts, and how even as she said those words, I drew strength from what she saw in me.

Often, in a place like Harvard, I feel the simultaneous pull of opposing forces: the allure of worldly success and the devotion to growth in wisdom. On days like this, I am grateful for God’s gentle reminders and life’s role models. 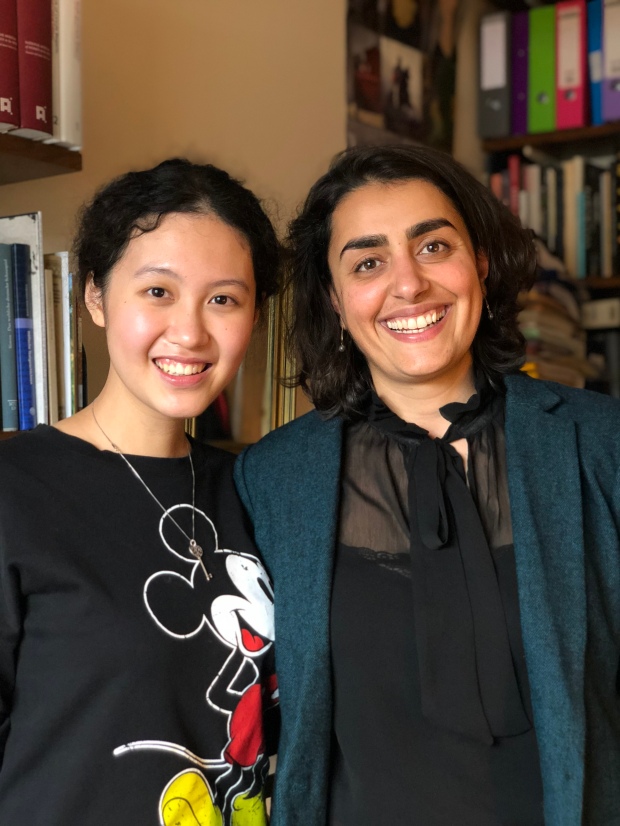 4 thoughts on “Confronting My Worldly Fears”

Something special for your eyes only, dear reader ٩(◔‿◔)۶ — sign up here, if you'd like to read my Harvard supplementary essay.
Follow Selina Xu on WordPress.com